Cross-country runners, teams to watch this fall already breaking from the pack

Key meets held recently suggest boys’ teams from Mounds View and Stillwater and the Wayzata girls’ team will be among the ones to beat. 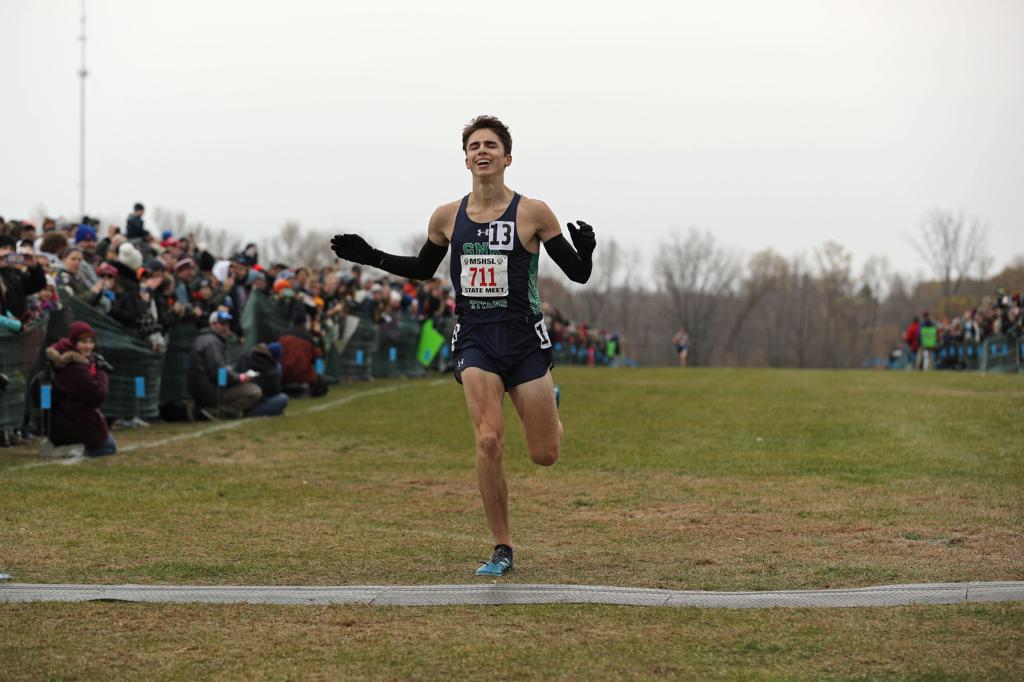 Geno Uhrbom of Greenway Nashwauk Keewatin, who won the boys’ Class 1A cross-country championship last November, is back to defend his title as a junior. Photo: Shari L. Gross • shari.gross@startribune.com

Early-season meets pitted top cross-country teams and runners to provide a framework for what’s to come.

Also last week, Stillwater defeated Wayzata 49-63 in a battle of perennial powers at the Columbus Catholic Invitational in Marshfield, Wis. Each team placed all five of their scoring runners in the top 20. But Ponies’ trio Ethan Vargas, Aiden Kilibarda and Adrick Kraftson all placed in the top eight and provided an edge at the top.

Edina, which won its first Class 2A state championship last season, was ranked No. 4 in the coaches preseason poll. The top three runners were Nicholas Scheller of Chanhassen, Oliver Paleen of St. Paul Highland Park and AJ Green of Eastview. In June, Green defended his 800-meter title at the track and field state meet.

On the girls’ side, perhaps the biggest story line involves runners you won’t see this fall.

For a second time, Winona Cotter sisters Grace and Lauren Ping have left local running circles. The duo, who placed first and second at the 1A state meet last season, moved to Arizona. Grace won the 1A meet in 2015, then the family moved to Utah for a year.

And in Class 2A, Woodbury’s Tierney Wolfgram remains ineligible to compete at the varsity level due to Minnesota State High School League transfer rules. Wolfgram, who transferred in the spring from Math & Science Academy of Woodbury, dropped out of the Class 1A state meet last season after falling around the one-mile mark. Earlier in the season, she finished sixth in the elite women’s field of the Twin Cities Marathon as a 15-year-old sophomore.

That leaves junior Anna Fenske of Farmington as the lone returning state champion. She won the race in 2016 and coaches ranked her third entering this season behind junior Analee Weaver of Stillwater and Wayzata ninth-grader Abbey Nechanicky.

Nechanicky paced the field in a time of 18 minutes, 19.3 seconds and led the Trojans to victory at the St. Olaf Showcase.

The performance moved Wayzata to No. 1 in the current coaches poll, a testament to the program’s depth. Neither Emma Atkinson, the top-ranked runner in the preseason poll, nor Caroline Sassan, 10th at the state meet last fall, ran at St. Olaf.