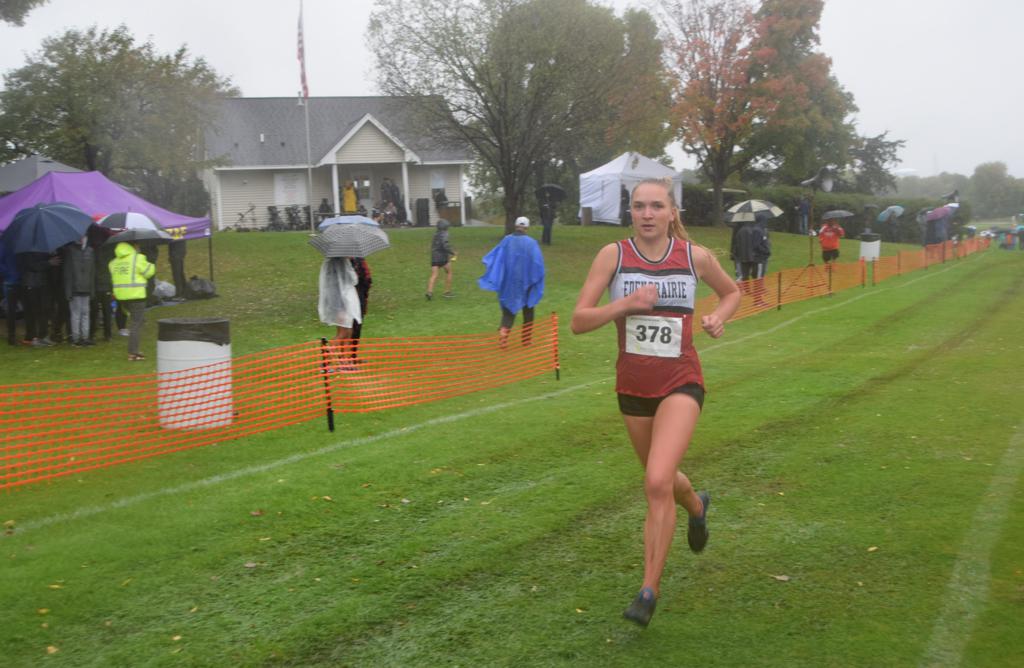 Looking around at the other competitors at the Victoria Lions Invitational last Tuesday, Paulsen, a senior, saw worry.

The skies had opened up and the Chaska Par 30 golf course, where the race was held, was getting soaked. Fun was not on anyone’s agenda.

Excepts for Paulsen’s. She steeled her resolve and set her mind on the task at hand. A little rain might dampen others spirits, but not hers.

“I’ve been working really hard on staying mentally positive,” she said. “I didn’t want the weather to affect me. I told myself there would be no excuses for having a bad race.”

Paulsen then went out and sloshed her way to a dominant victory, posting a 5K time of 19:14.0. The second-place finisher, Alexa Davis of Osseo, finished 36 seconds behind.

“You could hear people say it stinks that it was pouring and cold. That negative attitude can spread quickly to a team,” she said. “I was trying to stay positive.”

Paulsen said winning on a course getting wetter by the second was as much about endurance as it was about skill, but winning made the tough conditions much more bearable.

“The course was really bad, so you had to watch your footing. I wasn’t trying for speed,” she said. “But it was really fun.”

The junior quarterback is getting the hang of this triple-option offense thing. He rushed for 211 yards and four touchdowns, including an 83-yarder in the fourth quarter, to lead the Sabers to a 34-7 victory over Stillwater.

The Spartans won four matches last week thanks to the offensive production of the senior outside hitter and team captain. She pounded 83 kills with a sparkling .580 kill percentage as Simley ran its record to 19-6.

The senior middle hitter/setter led the Red Knights to a 6-0 week and the championship of the Apple Valley October Classic. For the week, she had 48 kills on a .413 hitting percentage, 59 set assists, 37 digs, 6 blocks, and six aces. 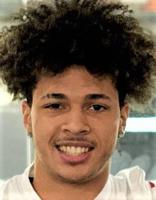 The senior running back topped 200 yards rushing for the third consecutive week with 210 yards and four touchdowns on nine carries in a 49-0 rout of St. Paul Como Park. He has 624 yards and nine touchdowns on just 31 carries — an average of 20.1 yards per touch — over the last three weeks.

The senior center back has been a rock on the back line for the Lakers, who defeated rival Washburn 1-0 for the annual Sylvester Cup. He paced a defense that held Washburn to just eight shots and scored the game’s only goal on a free kick. 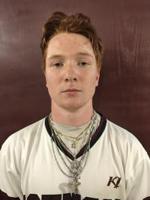 The junior quarterback accounted for all eight of the Governors’ touchdowns in a 55-6 victory over Minneapolis South. He rushed for 171 yards and six scores, returned an interception 65 yards for a touchdown and threw a touchdown pass.