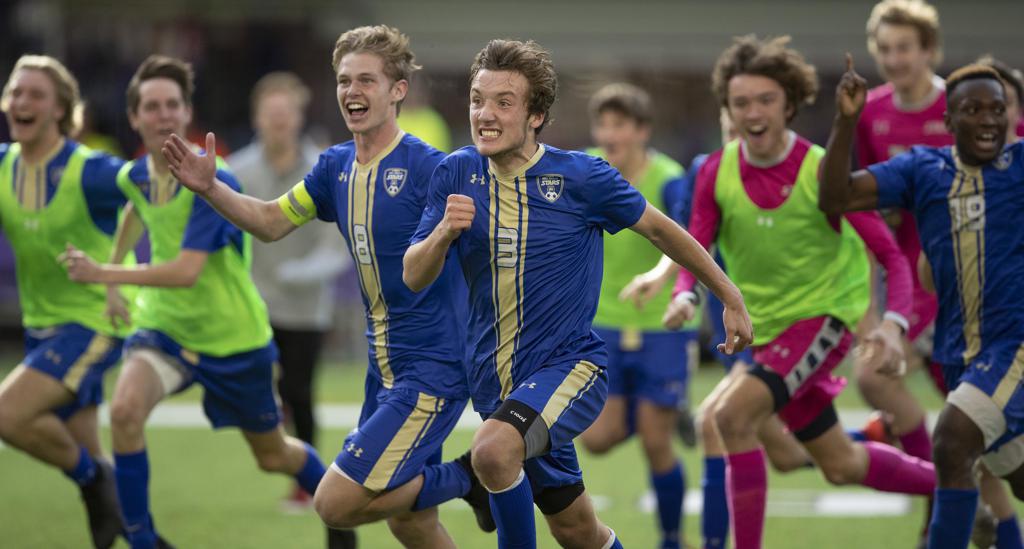 Noah Hermanson (3) of Holy Angels led teammates as they dashed across the field after he scoring the the winning goal in overtime against Blake. Photo: Jerry Holt • Jerry.holt@startribune.com 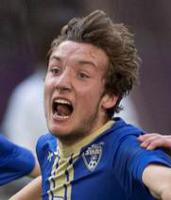 The sophomore’s ball skills and shooting prowess make him a natural when it comes to taking big kicks.

Time was running down in overtime of the Stars’ Class 1A championship game against defending champion Blake. As the likelihood of the game being decided on a shootout grew closer, Hermanson began to get nervous, thinking he might be called upon to shoot.

And he was, but not in the way he expected.

Teammate Shalim Montes Hernandez chased down a loose ball to the right of the Blake goal and played it out to Hermanson, who was moving forward. He never hesitated, hitting a left-footer that initially appear to be going wide of the goal.

But it began to slice and eventually curved just inside the upper far corner of the net, over the outstretched fingers of the Blake goalkeeper, giving the Stars a dramatic 3-2 victory. It was the Stars’ first state title in three championship-game appearances.

“At first, I thought, ‘Oh, shoot, I missed the net,’ ’’Hermanson recalled.

Watching the flight path, however, he noticed something important.

“It just kept spinning back in,” he said. “As soon as it went in, my mind went blank.”

The senior quarterback led the Tigers back from a 27-7 first-half deficit to defeat rival St. Anthony 28-27 in the Class 4A, Section 4 final. Blaha rushed 19 times for 165 yards and three touchdowns, and completed 12 of 18 passes for 115 yards and a touchdown.

In Maple Grove’s 2-1 victory over Centennial in the Class 2A state championship game, the junior midfielder’s first-half hustle resulted in an assist on the game’s first goal. Then her precision 25-yard shot early in the second half was the game-winning goal.

Park Center’s PI Division team trailed 4-1 at halftime to Robbinsdale, which had defeaten the Pirates 28 consecutive times. Gilbertson, a junior, stepped up in the second half with five goals and an assist to earn a 7-7 tie and break the losing streak. 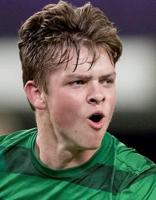 In the Class 2A boys’ soccer championship against East Ridge, Smythe, a senior forward, knocked in a loose ball in front for the game’s first goal and scored the game-winner with bouncing left-footer in the game’s 63rd minute for a 2-1 victory.

Feeling strong, the junior opened up a lead with a little more than a kilometer left and maintained that lead to the end of the race, winning the Class 2A cross-country individual state championship in a 5K time of 17:46.1. 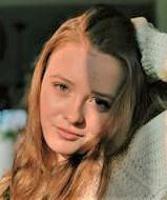 The junior setter quarterbacked the Beacons to their fifth state tournament berth in six seasons. She averaged 33.2 sets per match in Class 2A, Section 4 playoff victories over Hill-Murray, St. Croix Lutheran and Holy Angels.