The boys' and girls' seasons will be extended for some teams by a privately run showcase on Oct. 30-31 in Atwater, Minn. 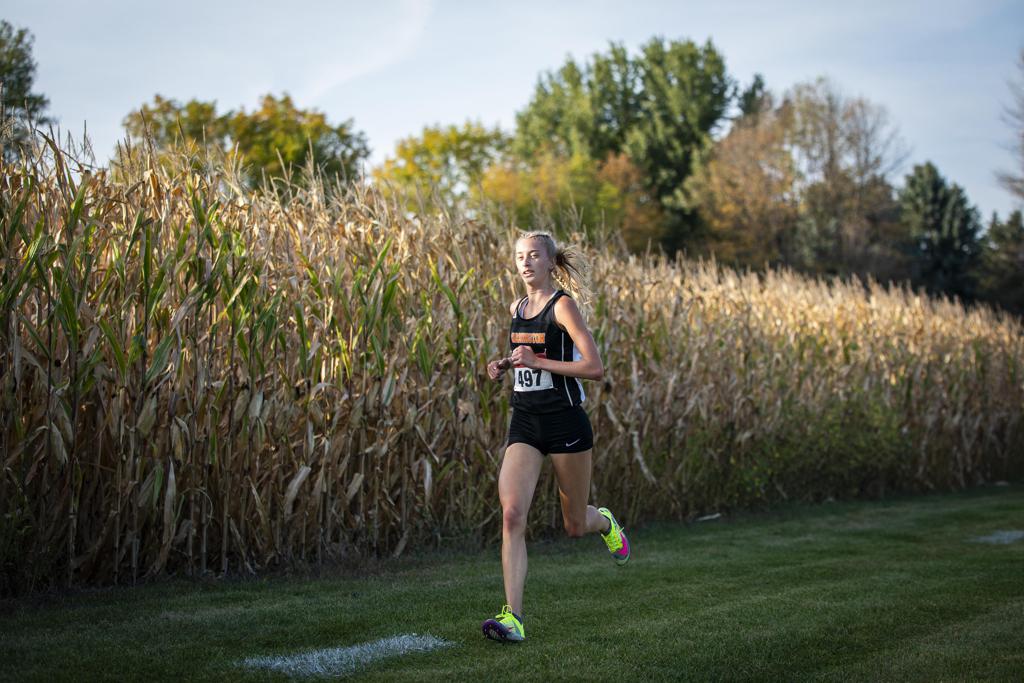 Tie those shoes, step to the line and wait for the starter’s pistol. Cross-country runners in the COVID-19 era know there are safety protocols to follow and modifications and restrictions to accept.

But the universe is indifferent. The pistol goes off and so does a cross-country runner. The 5,000 meters ahead is nonnegotiable.

Runners throughout the state stayed the course this fall, with some producing record times while others added to brilliant team performances.

“She ran on a fast course but that doesn’t make what she did any less impressive,” said Ryan Kotajarvi, MileSplit Minnesota editor.

Another current record holder, senior Geno Uhrbom of Greenway/Nashwauk-Keewatin, won the Class 1A, Section 7 race. Uhrbom, who set the Class 1A state meet record last fall, was poised to win a third consecutive title this season.

Staples-Motley senior Emmet Anderson would have battled Uhrbom. The fastest time of any runner at a section meet belonged to Anderson (15:51.10).

The Class 2A boys’ field featured Prior Lake’s Gabe Smit edging fellow senior Brennen Peterson of Rosemount for the Section 3 victory by less than a second.

On the boys’ side, Robbinsdale Armstrong stunned elite Class 2A, Section 6 programs Eden Prairie, Minnetonka and Wayzata by taking the program’s first section title. Sophomore Alex Omodt was the fastest of four Armstrong runners in the top 10.

“That was one of the most shocking results I’ve ever seen in a race,” Kotajarvi said. “It’s like the movie Rudy or something. I think it’s great for the running community.”

Dozens of teams and about 100 individuals will compete in the TC Running Company Cross-Country Showcase this weekend at Island Pine Golf Club in Atwater, Minn. The event was organized after the Minnesota State High School League ruled out a state meet as part of cancelling all fall sports state tournaments because of COVID-19 concerns.

Borrowing the format used in Nike Cross regional and national meets, the showcase meet will have teams and individuals competing as club teams. Varsity coaches will not be allowed to instruct runners. Large schools compete for an unofficial state title on Friday, with smaller schools running Saturday.

“It’s nice to find a way to say yes to the kids instead of the opposite,” said Mark Alcorn, a retired track and cross-country coach who helped coordinate the small-school teams.