The Scots lost three top girl runners but have extraordinary depth and one of the individual favorites, Molly Moening. 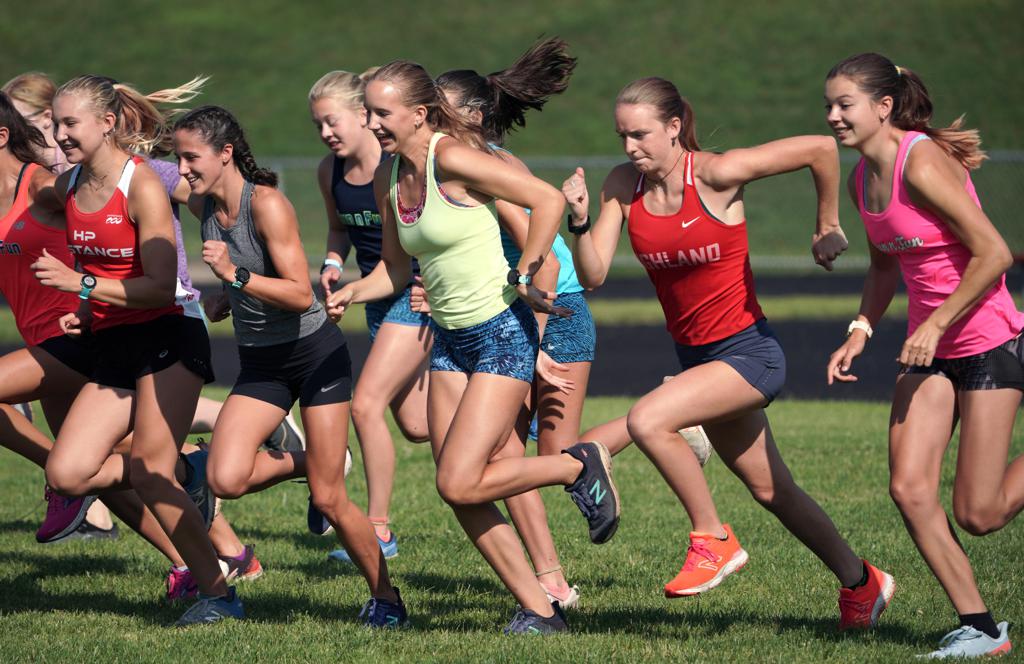 If someone told St. Paul Highland Park girls’ cross-country coach Brad Moening before the season that his Scots would be favored to win the Class 2A state meet without three of his better runners, would he have believed them?

“That’s a tough one,” Moening said, after briefly fumbling for words. “I would have never anticipated losing them.”

Yet, even without injured veterans Alex Pundsack, Luna Scorzelli and Libby Roller, the Scots are projected to triumph Saturday on the 5,000-meter course at St. Olaf College in Northfield – a first for a St. Paul public school.

Rather than the dashing of a dream, replacing three talented runners allowed for a demonstration of depth. The Scots dominated the Section 3 race, placing their seven runners among the 11 fastest in the field.

“I’m really proud of the girls as a whole for responding,” Brad Moening said. “The leadership of our juniors and seniors was a stabilizing presence.”

Not to be outdone, the Highland Park boys are favored to win a state title as well. Moening said the group’s strength draws from a “no superstars” approach.

“As coaches, we’ll ask each other before a meet, ‘Who do we think will win?’ ” Moening said. “Because we’ll have six guys within 15 seconds of each other.”

Mark Popp, coach of the Wayzata’s boys’ program, can appreciate Moening’s embarrassment of riches. The Trojans, projected to win the Class 3A state title for the 13th time, aren’t represented in the individual rankings. But they do damage at meets by running in a pack toward the front.

Runners are OK with passing the baton of glory. Only one Trojans’ runner, sophomore Parker Dietrick, has placed among Wayzata’s top-five all season. Four of his teammates took turns as the Trojans’ top runner in races this fall, led most often by junior Hamza Mohamed.

“We don’t have any traditional low cards,” Popp said. “These guys know they can accomplish things together.”

Saturday’s state meet will be the first to feature three classes, the first expansion of the event since the two-class format began in 1975.

PrepSpotlight.tv is attempting a first-of-its-kind stream of the cross-country state meet on Saturday.  Streams will be set up at three locations on the course with a broadcaster at each.  The hope is the majority of runners will be seen six times during the coverage. Head to the website for pricing details and more coverage information.