Ali Weimer of St. Michael-Albertville is the Girls' Cross-Country Runner of the Year

A senior, she broke through a barrier and produced the best times of her life and a state title. 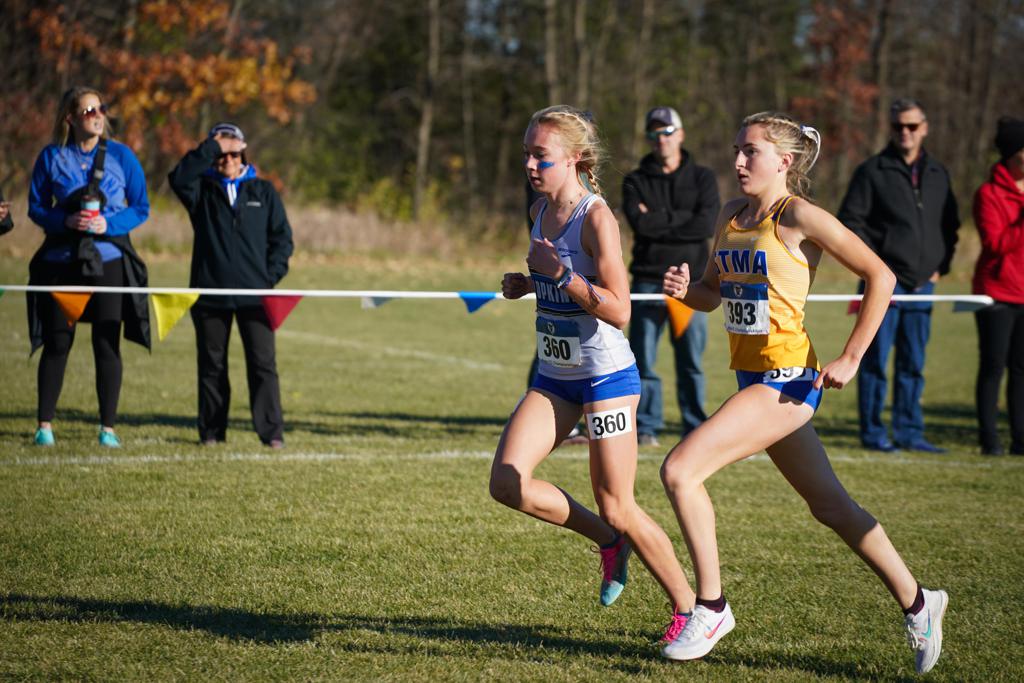 Ali Weimer (right) eventually found her way past all the competition at the state meet. SHARI L. GROSS, Star Tribune

St. Michael-Albertville senior Ali Weimer got the hang of setting personal-best times in a 5,000-meter race this season.

She did so twice. The first breakthrough brought the wonderment of discovering a new frontier. The second brought validation. Her feats made Weimer the Star Tribune Girls’ Cross-Country Runner of the Year for 2021.

Finishing first in the St. Olaf Showcase on Sept. 2 with a time just 6.6 seconds off her previous best of 17 minutes, 40.20 seconds provided a harbinger of bigger things to come.

One month and three races later, however, Weimer still hovered on the wrong side of 17:40. Winning all three of those races brought little consolation.

“I kept asking myself, ‘Why can’t I break that barrier?’” Weimer said.

Relief came at the Lake Conference Championships on Oct. 14, when, late in the race, her father yelled, “16:30 — you can PR.” Weimer kept pressing and finished first in 17:17.90, shattering her personal best.

As a freshman, Weimer led St. Michael-Albertville to its inaugural cross-country state championship. She made school history again as a senior with her individual Class 3A championship Nov. 6 at St. Olaf.

“When I first made it to state in eighth grade, I looked at what [Anna] Fenske and [Emily] Covert had accomplished as champions and I wanted to be like them so bad,” Weimer said, referencing past champs from Farmington (Fenske) and Minneapolis Washburn. “This was my last chance.”

She celebrated with her culinary favorites, gluten-free fudge brownies from Trader Joe’s and 12 breaded nuggets from Chick-fil-A. Fanfare came Monday at school.

“People I didn’t even know were coming up and saying congratulations,” Weimer said.

“I was like, ‘This is what all those workouts, all those miles and all that pain was about,’” said Weimer, who has committed to run at the University of Minnesota.

“She has a knack for always improving and never settling,” Knights coach Matt Venaas said. “She’s earned everything that came her way this season.”