A lesson learned in track and field about "running to win" led to a state championship. 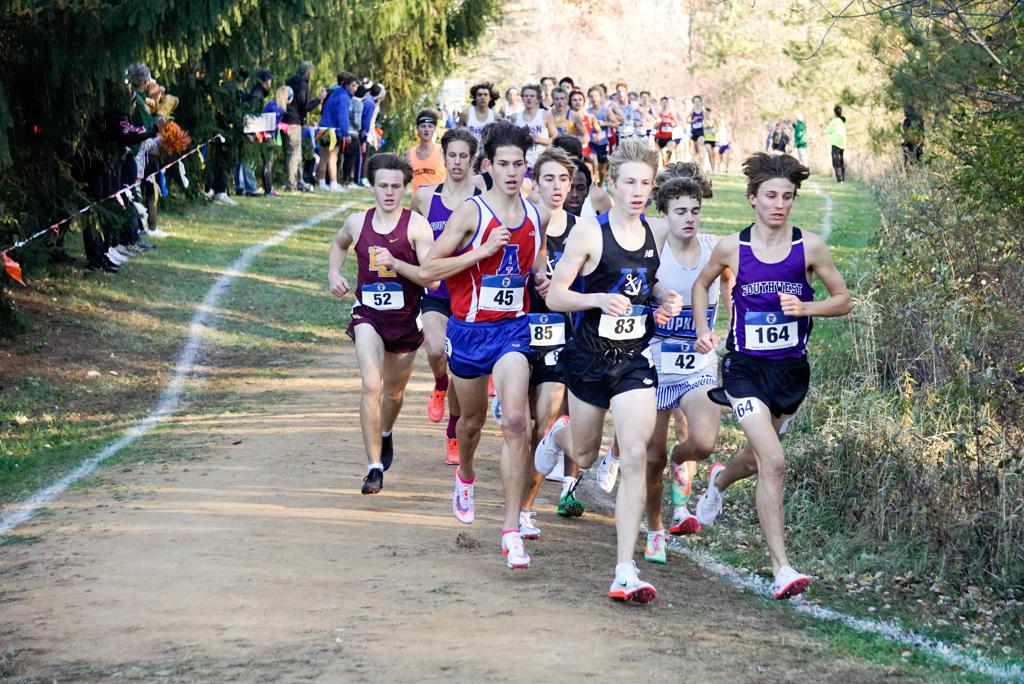 Nick Gilles (83) of Minnetonka separated himself from the pack eventually. LANCE ELLIOTT, lanceelliott.com

When Nick Gilles goes on a tangent, good things happen on the cross-country course.

Gilles, a junior at Minnetonka, became the first Skippers runner to win an individual state championship when he conquered the 5,000-meter course on Nov. 6 at St. Olaf College in Northfield.

Winning the Class 3A title completed a performance less dominant than dogged. Gilles figuratively passed the baton with other top runners throughout the race, saving time on curves by running the tangent. In short, as his competitors took wider turns, Gilles hugged the inside.

It worked. Victory in a third consecutive big race elevated Gilles into elite company. He is the Star Tribune Boys’ Cross-Country Runner of the Year.

“He has an instinct,” said Minnetonka coach Jeff Renlund, a former Skippers standout. “I don’t have to say much to him. All we really talked about this season was running to win versus just doing well.”

Gilles learned the difference in those approaches the hard way on the track last spring. His personal-best time of 9 minutes, 33.15 seconds was good for third in the Class 2A, Section 6 3,200-meter race, less than five seconds from qualifying for the state track and field meet.

Channeling the near miss into his summer workouts, Gilles “gained confidence each week,” Renlund said.

“I actually was thinking that I would not do well at that race because I wasn’t feeling too good,” Gilles said. “But my time showed me that I had more than just a shot of getting to state.”

Crushing the Class 3A, Section 2 field on Oct. 26 made Gilles a favorite to win state 11 days later. Renlund hoped for a better finish for Gilles than he experienced as a senior in 1985. Renlund, ranked among the state’s top five runners, finished 39th at state.

Renlund felt so good about Gilles that he eschewed his usual race viewing spots for a better look at the finish line.