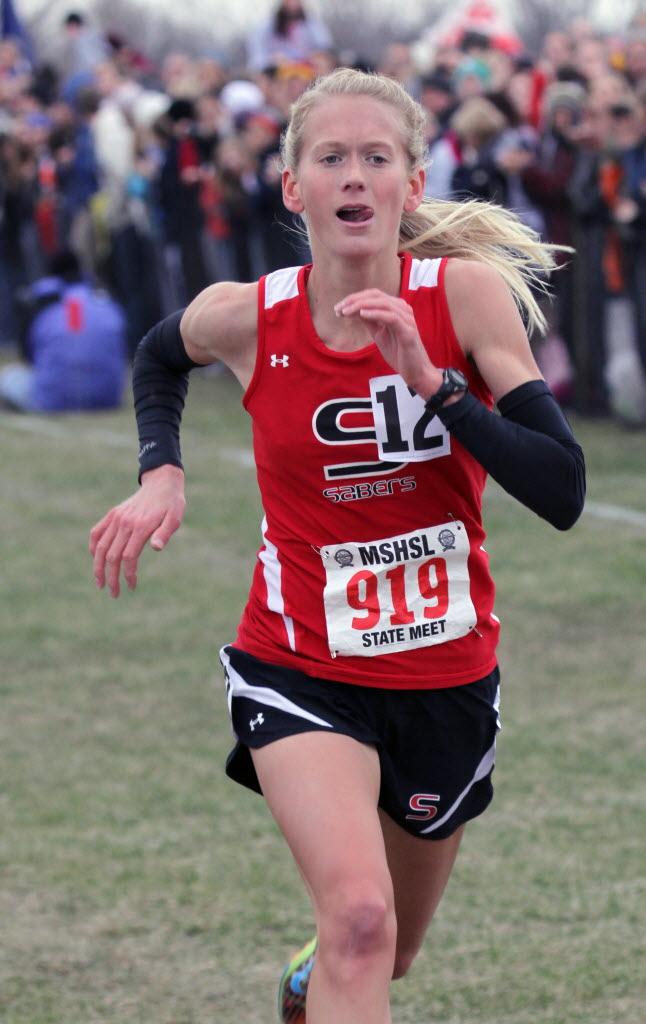 Shakopee senior Maria Hauger continues to shine around the nation on the girls' cross-country circuit.

Hauger will compete in the Foot Locker National Championships on Saturday at Balboa Park in San Diego. It will be her second appearance in the event.

The first four-time Class 2A state champion qualified for the event by finishing third in the Midwest Regional in Kenosha, Wis. She covered the 5,000-meter course in 17 minutes, 7 seconds, which was 13 seconds behind the winner.

"I had two really good regional meets to qualify," said Hauger, whose time in the Midwest Regional was a personal best. "I always want to go for the win, but I felt good [with my performance]."

Hauger is looking to improve on her 21st-place finish in her initial appearance in the national championships.

"I wasn't really happy with that race," Hauger said. "My goal is to finish in the top five."

On Nov. 3 Hauger won her fourth consecutive state title in record time. She covered the 4,000-meter course in 13:42, which was 12 seconds faster than the previous mark.

Apple Valley football coach Mike Fritze guided the Eagles to the state tournament for the final time this fall. Fritze is retiring from his physical education teaching position as well as his football coaching duties.

Fritze has been the Eagles' mentor the past 37 years. They finished 8-3 this year, losing to eventual Class 5A state champion Totino-Grace 42-14 in the quarterfinals.

He also coached boys' basketball and track and field at the school.