Andover senior Tom Breuckman is ranked No. 11 in Class 2A cross-country. 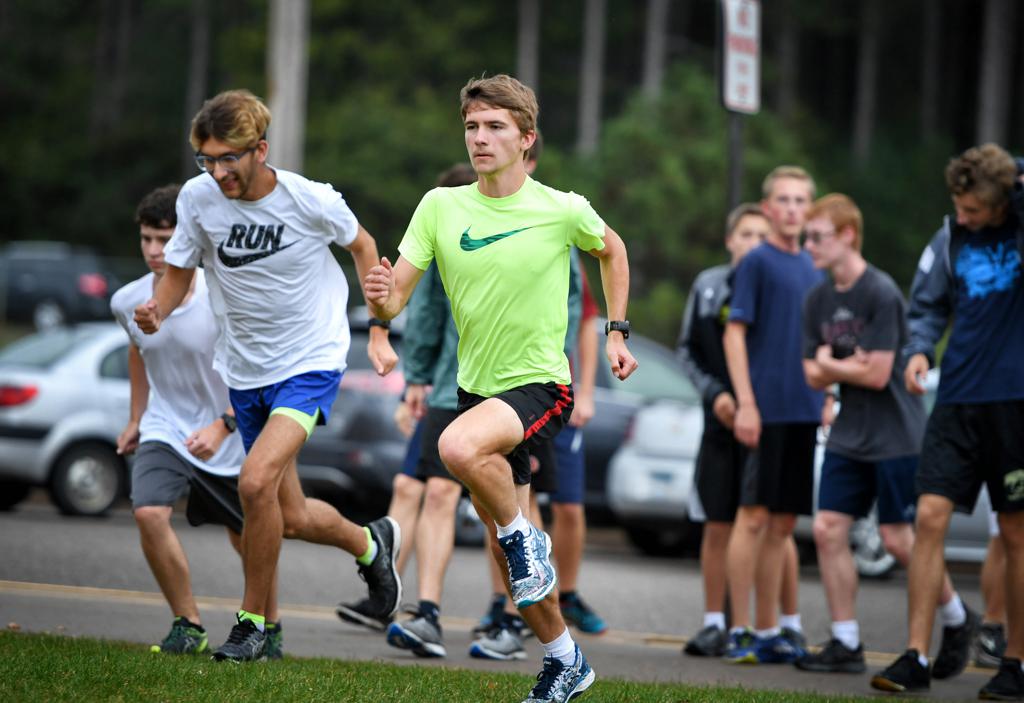 To onlookers at the Milaca Mega Meet on Sept. 23, it might have seemed as if Tom Breuckman was coming out of nowhere.

Running in hot and humid conditions on a soggy course, the Andover senior cranked out his final mile in just over five minutes to finish in second place in a personal-best time of 16 minutes, 1 second.

The fast finish separated him from the rest of the 164-runner field and helped him keep sight of meet champion Acer Iverson of Roseville.

A 42nd-place finisher in the Class 2A boys’ race at the state meet last fall, he’s already won two races this season and finished second behind elite runners in two others.

Those results gained the attention of the state coaches association, whose pollsters slotted Breuckman 11th last week in his first-ever appearance in the individual rankings.

So has Breuckman’s recent surge into all-state contention really come as a surprise? Neither he nor his head coach Scott Clark see it that way. To them, it’s been a natural progression for a motivated athlete who has been training year-round for three endurance sports since seventh grade. Breuckman is a two-time state qualifier in both Nordic skiing and track, and has been in the varsity lineup for Andover at the state cross-country meet the past three years.

“He’s one of those kids that’s always going to work hard in pursuit of whatever his goals are. That’s Tom,” Clark said. “He’s one who will get after it relentlessly. He’s willing to put in the time to be successful.”

The kinds of workouts Breuckman has been putting in take some time. He’s spent the past three summers working out twice a day, often running 9 to 10 miles for cross-country and then roller skiing 14 more.

Breuckman said that volume has helped him steadily improve from a JV runner as an eighth-grader to a varsity scorer the last three years, and now to a state-ranked runner.

“A lot of it comes from self-motivation. Even subconsciously I think I always have a goal in mind and am trying to move forward to achieve my best,” Breuckman said.

“I’ve been able to consistently drop time because I’ve been doing endurance sports year-round. It’s beneficial that I can add so many miles [skiing] without killing myself. It’s helped strengthen me as a runner.”

That strength manifests itself in Breuckman’s finishing kick. He estimates he passed 20 to 30 runners late in the race at the state cross-country meet last November. In the spring, he anchored Andover’s 4x800 with a 1:56 split at the section meet to qualify the relay for its second consecutive state meet.

Now he’s using that speed to his advantage against some of the state’s top distance runners.

“He’s got a lot of closing speed at the end of the race. That makes him very dangerous,” Clark said.

“If he can be anywhere near another runner, he has the better sprint speed than the vast majority of them.”

That proved to be the case at Milaca. Breuckman couldn’t quite keep pace with Iverson on the second mile, but he pulled away from everyone else the third mile.

“That is not a fast course, the course still had some wet spots from the rain, and the heat and humidity made it a challenging day,” Clark said. “You could see kids having difficulty with the heat, but Tom managed to keep it together and run an impressive last mile.”

Breuckman hopes to continue to cut his times in the coming weeks, and get within striking distance of the Andover school record of 15:45 by the time the state meet comes.

“That would be a good goal to shoot for.”